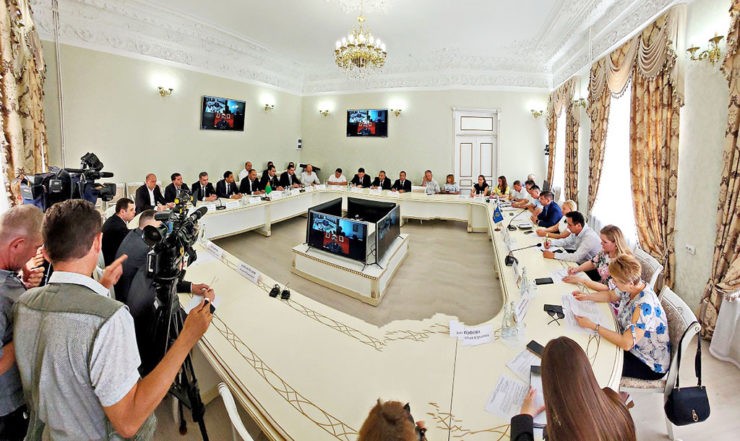 There was a working meeting of representatives of the transport complex of Turkmenistan with the government of the Astrakhan region. The topics of transport, logistics and trade were touched upon.

The head of the Turkmen delegation was the deputy head of the agency "Turkmen Sea and River Routes" S. Baysaidov. The meeting was held at the Apraksin Caspian Institute (KIMIRT).

The construction of a large logistics center on the territory of the special economic zone "Lotos" located in the Astrakhan region was the central topic of the business talk. Among the important topics of the meeting was the opening of a ferry line between the ports of Turkmenbashi and Olya.

After the working meeting, the Turkmen side toured the premises of KIMIRT Institute. Attention was paid to the simulator and training facilities of the educational institution, which trains the best specialists in the water transport industry.