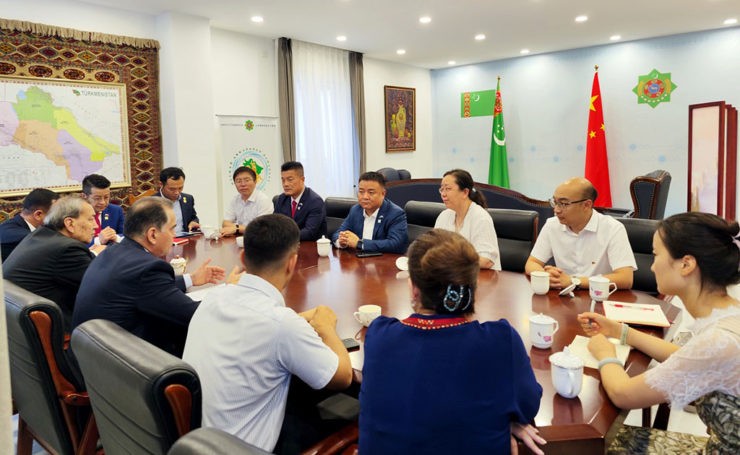 Turkmen diplomats in China are preparing large-scale events dedicated to the remarkable date - the 300th anniversary of the great Turkmen poet, thinker and philosopher Makhtumkuli Fraghi.

The preparations began with a business talk attended by many cultural, business and scientific institutions of the PRC, as well as representatives of the China Equestrian Industry Association.

Ambassador of Turkmenistan in China P. Durdyev opened the meeting. He spoke about the work of the poet, focusing on the festive program, which is planned to be realized in the homeland of Mahtumkuli in 2024.

The diplomat suggested organizing a series of conferences on the genius writer's poetry. His other initiatives included translating the poet's poems into Chinese and assisting in the publication of his books in the Celestial Empire.