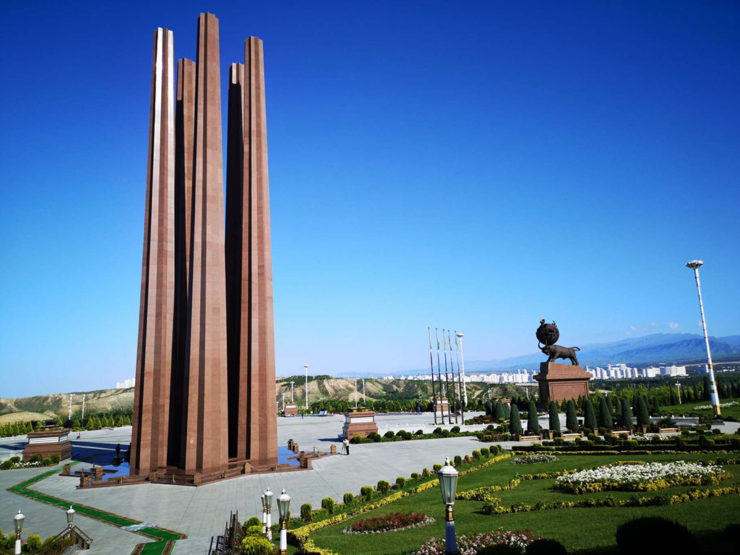 The memorial complex "People's Memory" on Victory Day became the center of attraction for those wishing to pay tribute to the great feat of the frontline soldiers and home front workers, who made it possible to defeat Nazi Germany.

Gurbanguly Berdymukhamedov, former president of Turkmenistan and now chairman of the Khalk Maslakhaty Milli Gengesh, as well as G. Mamedova, representatives of public organizations and foreign ambassadors, in particular the Russian diplomat A. Blokhin took part in the celebrations.

Berdymukhamedov laid flowers at the memorial and talked to the elders, noting the importance of remembering the heroism of the Turkmen people who had made a significant contribution to the fight against the enemy invaders. The chairman thanked the war and labor veterans for their feat, which cannot be overestimated.