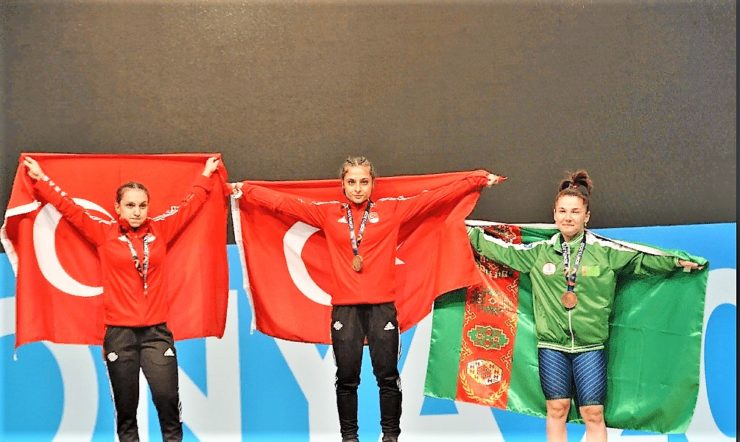 The 24-year-old weightlifter, who performed in the weight category of 49 kg, took the bronze medal with the third result in the biathlon - 167 kg (74 kg - snatch, 93 kg - jerk). She also won two small bronze medals. The first and second places were won by athletes from Turkey.

It should be noted that Yulduz Dzhumabaeva is the first woman in Turkmenistan to become a world champion in weightlifting. As a result of the review of doping samples, the 2018 world champion Thai weightlifter Tunya Sukcharoen was disqualified, while Dzhumabayeva's results were considered the best at this world championship.

Now Yulduz works as a coach at the 1st sports school of the Gurbansoltan Eje etrap in Dashoguz province.