Saudi Arabia donated 25 tons of dates to the Turkmen people 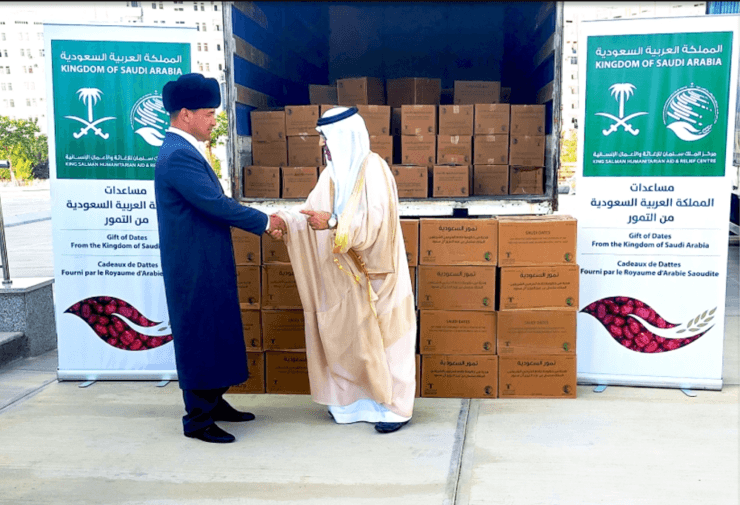 Saudi Arabia presented the Turkmen people with 25 tons of dates. The fruit, considered sacred in Islam, was donated by King Salman's Center for Support and Humanitarian Aid, Salamnews.tm reported.

The King Salman Center for Relief and Humanitarian Assistance is known for supporting countries affected by natural disasters. Although it was founded in 2015, the center has successfully implemented major projects in 86 countries around the world. King Salman has invested nearly $6 billion in these noble causes.