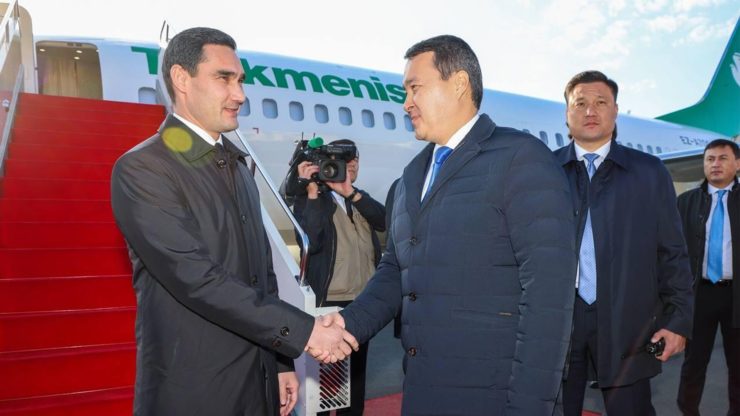 Today President of Turkmenistan Serdar Berdymukhamedov paid a two-day visit to the Republic of Kazakhstan. The Turkmen leader was met at the Nursultan Nazarbayev International Airport in Astana by Kazakhstan's Prime Minister Alikhan Smailov. This was reported by the press service of the prime minister.

As part of his visit, Serdar Berdymukhamedov will take part in a meeting of the Council of CIS Heads of State and the "Central Asia-Russia" summit.

Following the Astana summit, a decision will be made to hand over the CIS presidency to the Kyrgyz Republic in 2023 and to hold the next summit in Bishkek.