A sportsman from Turkmenistan won the Sambo Founders Cup 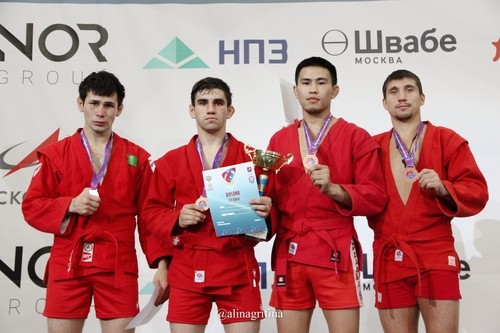 Turkmenistan's Avchyan David won the Founder's Cup in combat sambo in the weight category up to 64 kg. In the final bout, which took place on Sunday, Avchyan defeated compatriot Kerimberdi Dovlatov.

Another "silver" of the tournament was won by Muhammed Kossekov, acting in the weight category up to 71 kg. "Bezirgen Begenzhov (up to 98 kg) brought the Turkmen team a bronze medal in the combat sambo tournament.

The Sambo Founders Cup ended on September 11. The competition was held in the Martial Arts Center in Moscow. Athletes from 13 countries took part in the tournament.