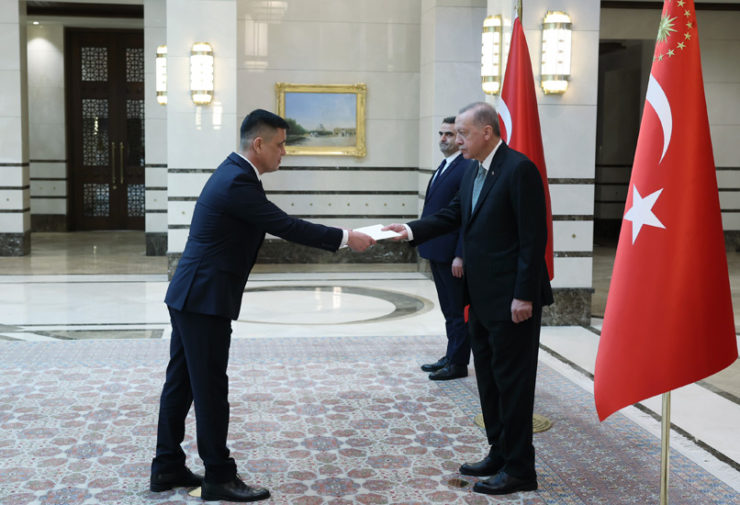 Turkmenistan's new ambassador, Mekan Ishangulyev, has been accredited to the Republic of Turkey. The diplomat presented his credentials to President Recep Tayyip Erdogan on Wednesday.

Erdoğan congratulated the Ambassador of Turkmenistan on his appointment to a responsible position and wished him success in his future diplomatic activities.