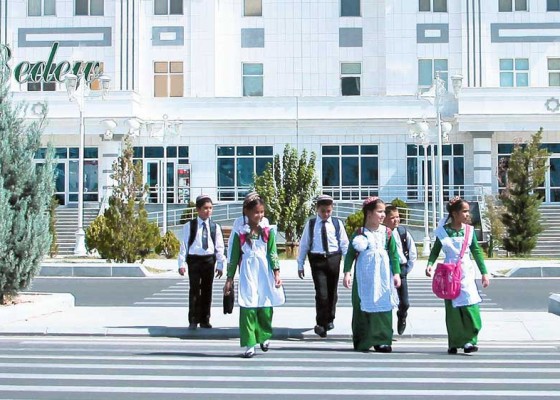 In the beginning of the school year in the capital and regions of Turkmenistan, road safety month was launched for the tenth time in the country.

Throughout the month on the pages of periodicals, as well as on television and radio, meetings and "round tables" on road safety are scheduled.

In addition, medical workers in conjunction with specialists from the Ministry of Education and the traffic police of the Ministry of Internal Affairs, as well as public organizations will hold talks with students of secondary and higher educational institutions of the country, employees of industrial enterprises on the importance of compliance with the rules of the road.

Similar events in an accessible and playful form will also be held in preschools. It is also planned to organize thematic contests and theatrical performances.

Also throughout the country will be held events to promote in society culture of behavior on the roads to recognize the personal responsibility of each participant in the road for its safety.