Turkmenistan hosted a briefing on the results of the transport forum 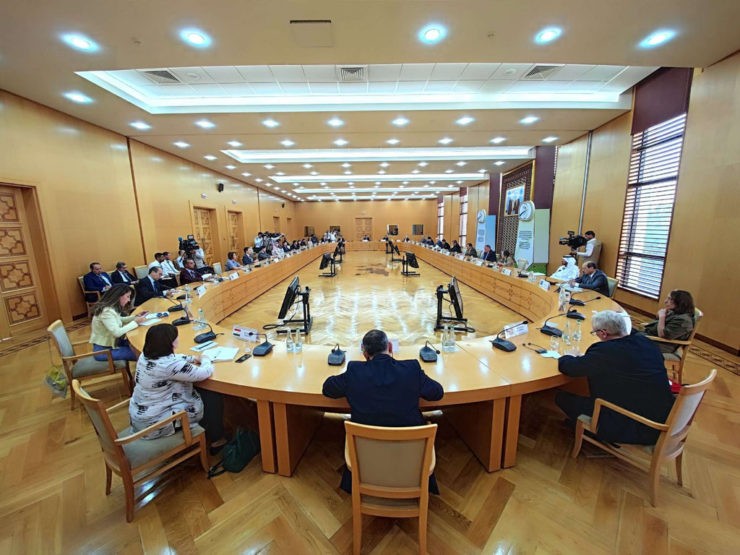 The Ministry of Foreign Affairs of Turkmenistan held a briefing to review the results of the transport forum among landlocked developing states. The conference on transport issues was held in Ashgabat on August 15-16.

The briefing was attended by heads of diplomatic missions, media representatives and international public organizations in Turkmenistan. Rashid Meredov opened the event. He thanked the speakers and delegates of the forum for their ideas and rational proposals, which are of great importance for strengthening bilateral partnership on formation of transport infrastructure between the states.

The Foreign Ministry of Turkmenistan emphasized that transport communication issues are especially valuable in the post-pandemic world. Summing up the forum, he noted its important aspects - simplification of customs clearance procedures, attracting investment in transport, "soft" and "hard" transport infrastructure.