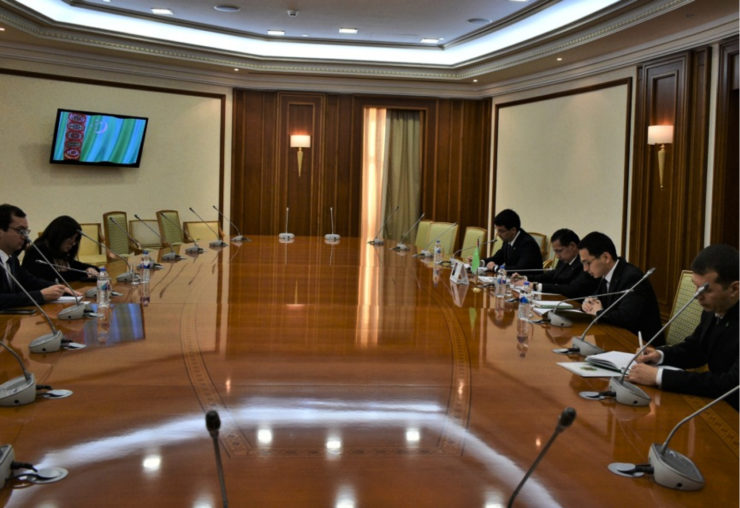 In Turkmenistan, Minister of Finance and Economy M. Serdarov had a conversation with the management of the famous Belgian magazine Diplomatic World, which is intended for top European officials.

The meeting was attended by founder and president of the magazine B. Dietrich, project manager of the magazine A. Turkstra, Turkmenistan's ambassador to Belgium S. Palvanov, as well as a number of employees and officials of the Turkmen Ministry of Finance and Economy. The subject of the meeting was bilateral cooperation.

Diplomatic World magazine has been published for 21 years, reporting on the achievements of different countries and their political and economic development.

Barbara Dietrich, the magazine's founder, expressed her intention to write about Central Asian countries, including Turkmenistan, in the magazine's pages.

Turkmenistan's officials spoke about the country's achievements and the measures being taken to develop its economy.

Photo: Ministry of Finance and Economy of Turkmenistan