June 29, Ashgabat hosted the meeting of the leaders of the Caspian Five 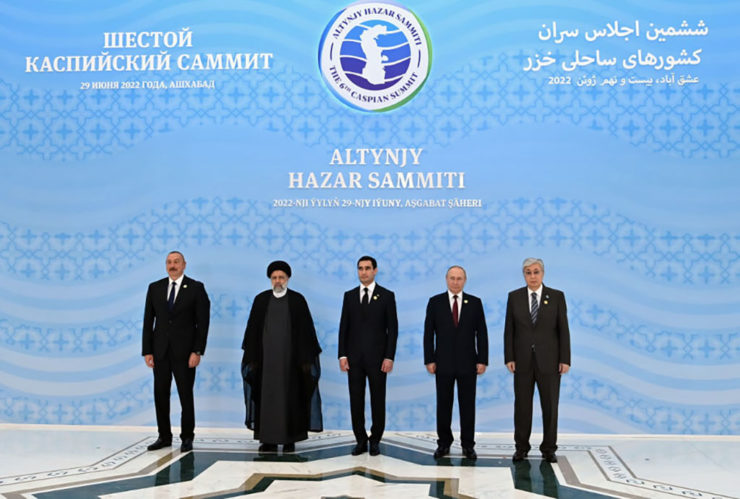 On June 29, the Arkadag Hotel hosted the meeting of the heads of states, who arrived for the VI Caspian Summit.

The leaders of the countries that have access to the Caspian Sea warmly greeted each other and captured the solemn moment in a photo in the hotel lobby. Afterwards, the presidents went to the small hall, where they had a narrow business talk.

In the course of the summit, the parties will discuss a wide range of topics and problems related to the partnership relations of the countries in the Caspian Sea. According to experts, the emphasis will be placed on discussing economic cooperation in the Caspian region, taking into account its tourist, transport and resource potential.