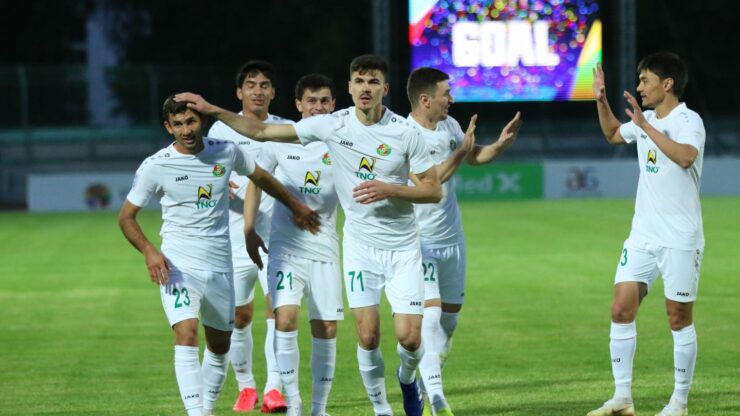 Soccer club "Akhal" from Turkmenistan will play in the Champions League. Previously, the team from Anau participated only in the AFC Cup. The club "Turkmennebitonumleri" was able to become a member of the key Asian soccer competition thanks to the successful completion of licensing, becoming the only Turkmen soccer club that did it. The official confirmation of this was made public on the AFC website.

Formal admission to the AFC Cup was obtained by three teams belonging to the Higher Turkmen Football League. Among them are last year's winner Altyn Asyr, as well as the fourth and fifth place clubs Kopetdag and Merv. But the bronze medalist of the national championship, the club Shagadam failed to pass the licensing for the current year, so it will not participate in tournaments organized by the AFC.

Ahal's participation in the Champions League starts with the group stage. Here, 40 teams will fight for passage to the next level. Through the draw, they will be divided into 10 groups of four clubs in each. Who will be Turkmenistan's first opponents will be known on January 17. The soccer team from the administrative center of the Akhal Province is opposed by Uzbekistan's Pakhtakor, Jordan's Al-Wehdat, India's Mumbai City and Tajikistan's Istiklol. That means they will definitely not be contenders in the group stage. It should be noted that at the moment, the best soccer team on the Asian continent is Al-Hilal (Riyadh, Saudi Arabia).

As for the AFC Cup, Kopetdag and Merv will also know their opponents according to the results of the draw, scheduled for January 17. Turkmen soccer clubs represent the central zone of the AFC. Based on the results of the draw, there will be two groups formed - one group will consist of four teams, while the second group will consist of three teams. The winners of each group will meet in a playoff.