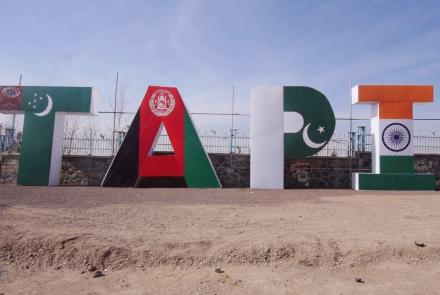 A delegation from Afghanistan headed by First Deputy Prime Minister of Afghanistan Mullah Abdul Ghani Baradar will soon arrive in Turkmenistan for talks on the Turkmenistan-Afghanistan-Pakistan-India (TAPI) gas pipeline project, Business-Turkmenistan reports with reference to Tolo.news.

According to the report, during their visit to Ashgabat, the delegation intends to discuss gas prices and the implementation of projects in Herat, as well as industrial zones.

"During our visit to Turkmenistan, we will hold meetings on gas prices and the implementation of projects in Herat, as well as industrial zones," the source quoted Shafai Azam, spokesman for the Afghan Foreign Ministry, as saying.

According to him, Afghanistan has formed a committee to conduct practical work on the TAPI gas pipeline project.

The TAPI pipeline will run from the giant Galkynysh gas field in southern Turkmenistan through the Afghan cities of Herat and Kandahar, Pakistan's Quetta and Multan to Fazilka in western India.

The length of the gas pipeline will be 1,814 km, of which 214 km in Turkmenistan, 774 km in Afghanistan, 826 km in Pakistan. The throughput capacity of the pipeline will be 33 billion cubic meters of gas per year.

The construction of TAPI began in 2015. In 2018, a symbolic welding ceremony took place at the border of Afghanistan and Turkmenistan. At the end point of TAPI - India, all the infrastructure has already been built to receive the pipeline.

In addition to the TAPI gas pipeline, the construction of electric power and communication lines along the TAP route, as well as railroads linking Turkmenistan with Afghanistan and other countries of the region - Akin-Andkhoy and Turghundi-Herat - is continuing. Turkmenistan has earmarked $1.25 billion for projects involving Afghanistan. US$1.25 BILLION