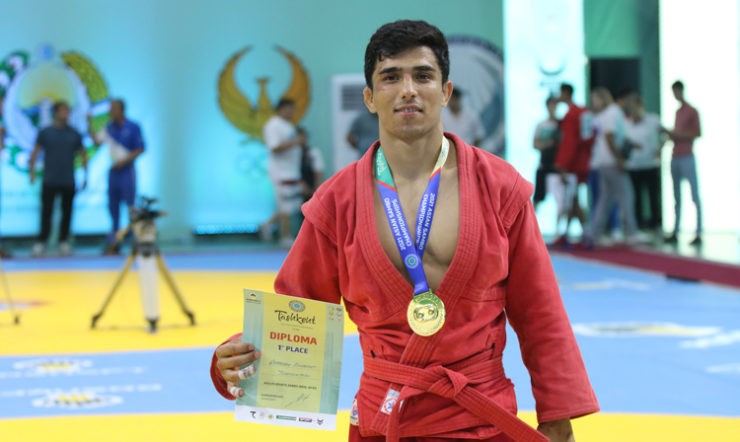 The International Sambo Federation (FIAS) has congratulated President Serdar Berdymukhamedov on the successful performance of the Turkmen national team at the Sambo World Championship, which was held in Bishkek during November 11-13 this year. The congratulatory letter of Roberto Ferraris, Secretary General of the International Sambo Federation, was published in today's issue of the newspaper Neutral Turkmenistan.

In his letter Ferraris noted that this success of the Turkmen sambo wrestlers was achieved through the systematic activities of the National Martial Arts Federation of Turkmenistan together with the National Olympic Committee. He also expressed his gratitude for the constant support and promotion of sambo in the world, and expressed the hope that this successful cooperation will be further developed in order to achieve new outstanding results.

We would remind you that Turkmen athletes won 1 gold, 1 silver and 4 bronze medals at the World Championship in Bishkek, which was attended by the best sambists from 50 countries.