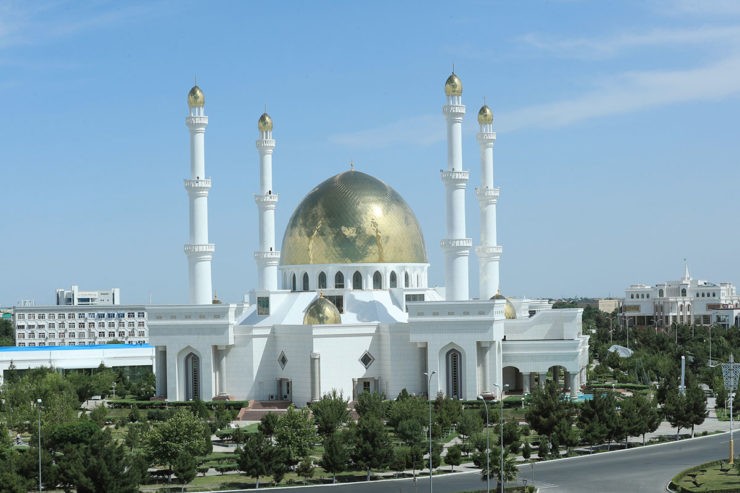 Turkmenistan's Mufti's Office has announced an international tender for the design and construction of a mosque in the administrative center of Akhal Velayat, which is currently under construction.

The Neutral Turkmenistan newspaper reports that bidders are invited to obtain lot specifications and technical requirements in the building of Turkmenistan's Mufti's Office at 31 Gyorogly Street, Ashgabat.

Bids will be accepted for 30 working days from the date of publication.

The construction of the mosque, where 5,500 people can pray simultaneously, in the new administrative center of the Akhal Province became known in June during the inspection of Turkmen President Gurbanguly Berdymukhamedov, Chairman of the Khalk Maslakhaty Milli Gengesh of Turkmenistan.

The new administrative center of Ahal, where about 70 thousand people will live, is being built on the area of 950 hectares 30 km south-west of the Turkmen capital. The construction of the country's first "smart city". These are apartments and buildings where services will be controlled through a smartphone. Its construction began in April 2019. The first phase of the city is planned to be commissioned in December this year - by Turkmenistan's Neutrality Day.