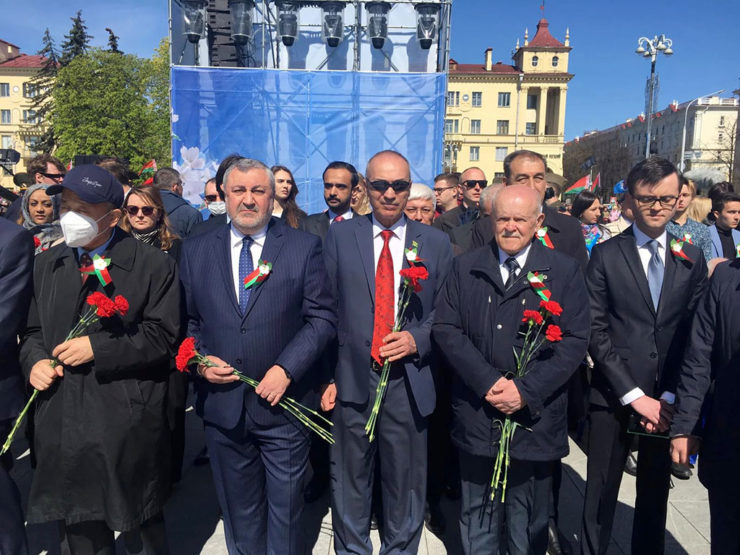 Victory Day over Nazi Germany in Belarus began with a solemn Procession of Generations, during which the organized column proceeded to the memorial Victory Monument. After that the participants of the celebration paid tribute to the fallen front-line soldiers by laying flowers at the memorial.

A minute of silence was held in memory of the heroic dead soldiers. The 77th anniversary celebrations concluded with a large-scale fireworks display.