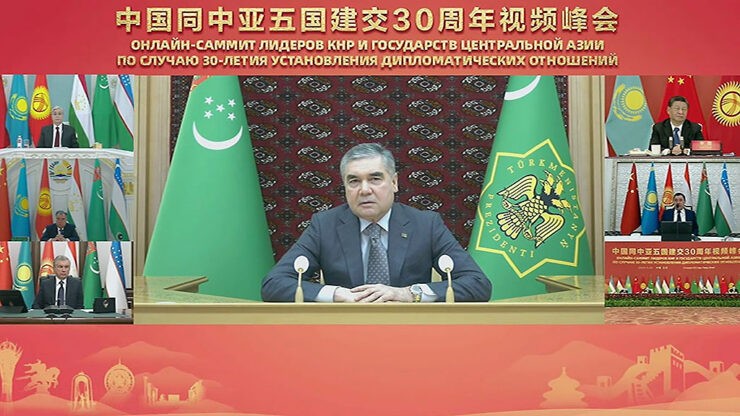 The Turkmen leader, during his speech at the Summit of the Heads of State of the PRC-Central Asia DialogueGurbanguly Berdymukhamedov emphasized that Turkmenistan considers China and Central Asian countries as its strategic partners. Gurbanguly Berdymukhamedov also described the vision of the participating states as partners in the implementation of the "Dialogue is a guarantee of peace" philosophy.

The head of state praised the organization of the event, which testifies to the importance of partnership in this format. The continuity of the current format of interaction and the Great Silk Road, which caused significant economic, scientific, technological and cultural mutual enrichment of the countries of the world, was emphasized.

Among the priorities of cooperation the President of Turkmenistan singled out the fuel and energy and transport and transit spheres. The Turkmenistan-PRC gas pipeline passing through Uzbekistan and Kazakhstan was named as a successful example of a mutually beneficial project.

In addition to the political and economic spheres, the participants of the video summit discussed the tasks of expanding educational, cultural and sports cooperation. Of particular relevance is the need to join forces to confront the global pandemic and its consequences.

The Turkmen leader congratulated the Chinese leadership and people on the upcoming XXIV Winter Olympic Games, and noted that they will be a true celebration of sport, peace, and friendship for all mankind.