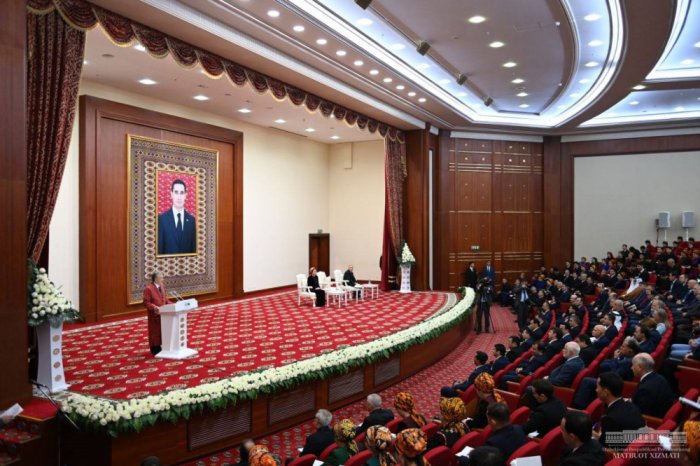 During an official visit to Turkmenistan, the President of Uzbekistan was invited to the Makhtumkuli Turkmen State University. Makhtumkuli Turkmen State University. Shavkat Mirziyoyev was invited to see the exhibition prepared by the leading universities of the country. The main theme of the exhibition was modern educational reforms.

The Uzbek leader received the honorary title of professor by the decision of the Presidium of the Supreme Attestation Committee of Turkmenistan, which was based on his weighty contribution to strengthening of good-neighborly interstate relations. The melodies of the university dutar ensemble sounded during the ceremony. Then the guest was dressed in the Turkmen don and telpek and was presented with an official document.

Shavkat Mirziyoyev thanked the Presidium for awarding the honorary title. The President of Uzbekistan regarded this gesture as a symbol of friendship and good-neighborly cooperation between the countries.