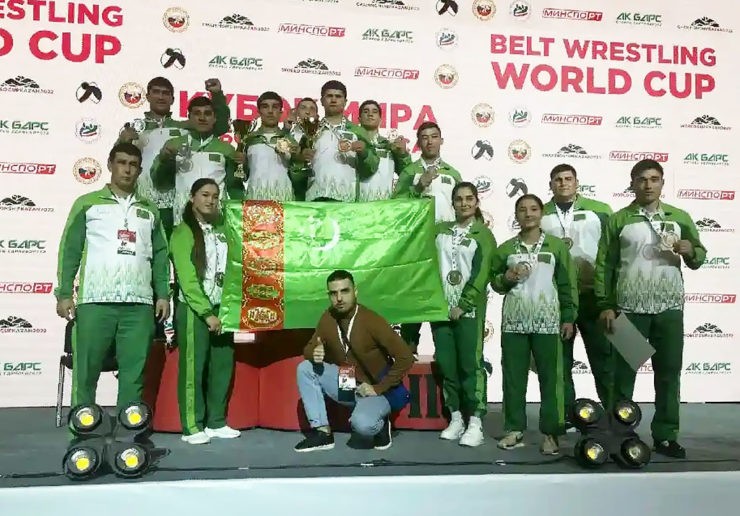 The Belt Wrestling Cup was held in Kazan, at the "AK Bars" Wrestling Palace. Athletes from Turkmenistan showed their success on the last day of the competition and brought their team two more medals, adding them to the existing awards.

The gold medal was deservedly won by Hojamyrat Sukhanov, competing in the 57-kg weight category. The Turkmen athlete defeated Kazakh, Uzbek and Russian athletes in a fair and tense struggle. The winner of the gold medal is a student of the Turkmen State Institute of Physical Education and Sport.

Bayramoraz Guvanjov came in third place. He performed in the category of 62 kilograms. The athlete is a student of Yelabuga Institute of Kazan Federal University.