TURKSOY declared 2024 the Year of Mahtumkuli Fraghi, a classic of Turkmen literature 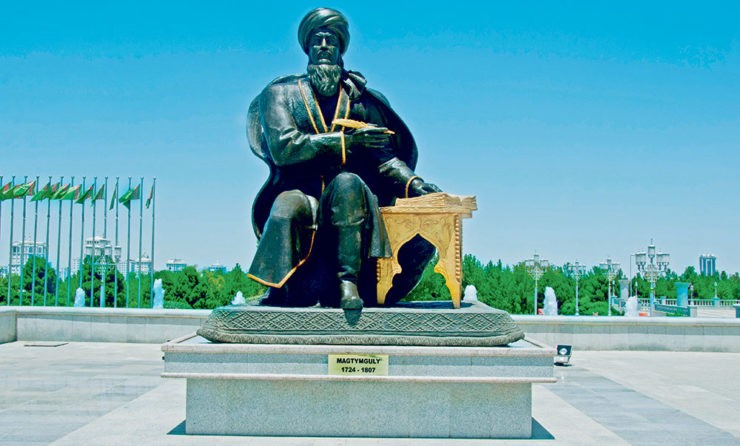 TURKSOY declared 2024 the Year of the classic of Turkmen literature Makhtumkuli Fraghi in honor of the 300th anniversary of his birth. The decision was taken at the 39th meeting of the Standing Council of Culture Ministers of Turkksoy which was held on November 5 in the city of Bursa, Turkey, Atavatan-Turkmenistan reported.

The meeting discussed and approved the nominations of outstanding personalities of the Turkic world, the memorable dates to be celebrated in 2024.

The Turkmen philosopher and great poet of the 18th century (1724-1807), Makhtumkuli Fraghi was born in the village of Haji Govshan in the valley of the Etrek River. Fraghi studied at the village school where his father Dovletmammad Azadi was a teacher. At a very early age, the poet began to read in two languages, Arabic and Persian.
It is difficult to overestimate the merits of Makhtumkuli Fraghi before the Turkmen people and his role in Turkmen literature. The work of the great poet and thinker, subtly uniting philosophical views on the world, mankind, Motherland and love, has not lost its relevance for about three hundred years. The memory of the poet is immortalized by numerous book publications and translations into many foreign languages. Monuments have been erected in Turkmenistan and other CIS countries in memory of the poet.