Winners and medalists of international competitions were honored in Ashgabat 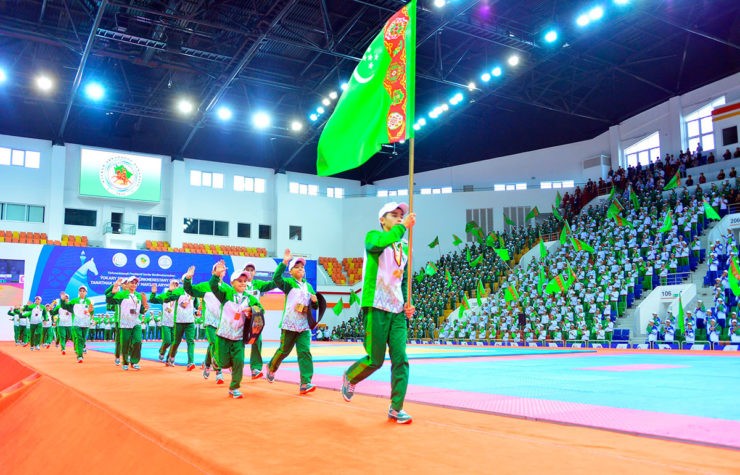 Honoring athletes who have successfully performed at international competitions was held today in the Olympic city of Ashgabat, reported the news program "Watan" of Turkmen television.

The ceremony was attended by members of the Cabinet of Ministers, leaders and representatives of the Milli Gengesh, military and law enforcement agencies, embassies of foreign states and international organizations accredited in Turkmenistan, public associations, students and professors of higher educational institutions and journalists.

At the beginning of the ceremony, a congratulatory message by President Serdar Berdymukhamedov was read out.
Then, to the applause of the audience, the athletes were given valuable gifts and sets of special sports uniforms. Then there were demonstration performances of athletes and a festive concert.