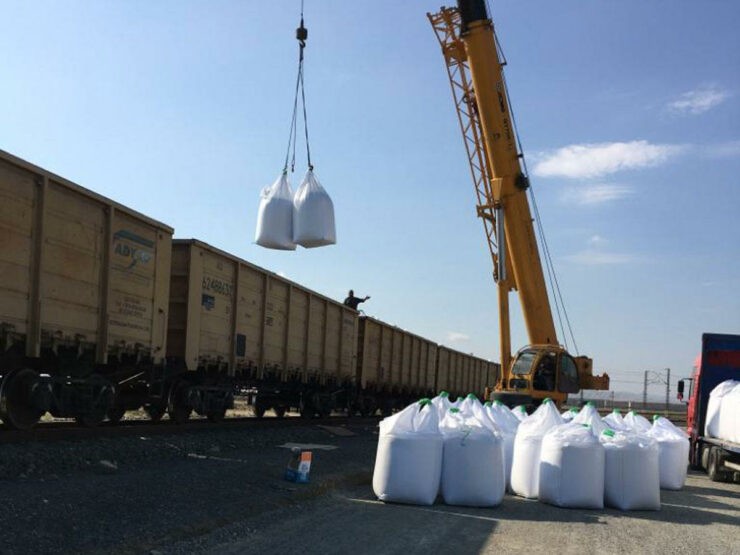 At Kutum station (Astrakhan region of Russia) of Volga Railways the first transshipment of urea produced in Turkmenistan was carried out. According to the official website of the Astrakhan region administration, the volume of the first consignment is almost 2 thousand tons.

Earlier, representatives of the Russian Railways holding developed a special scheme of transportation of Turkmen fertilizers. According to it, the cargo is transported by the Caspian Sea to the port wharf, which is located on the bank of the Volga River. There urea is transshipped from the ship to the truck. Then the fertilizer is delivered to Kutum station. There it is loaded into hoppers for fertilizers and delivered to the recipient by rail.

In the future, the Kutum station is expected to transship 30 thousand tons of fertilizers every month.

It is possible to purchase B grade urea on the Turkmen exchange, production of which is established at a number of plants in Turkmenistan, including Garabogazcarbamide. This type of product is supplied by Turkmenistan to Russian, Turkish, Kazakh, British, Afghan, Uzbek and Iranian trade partners.