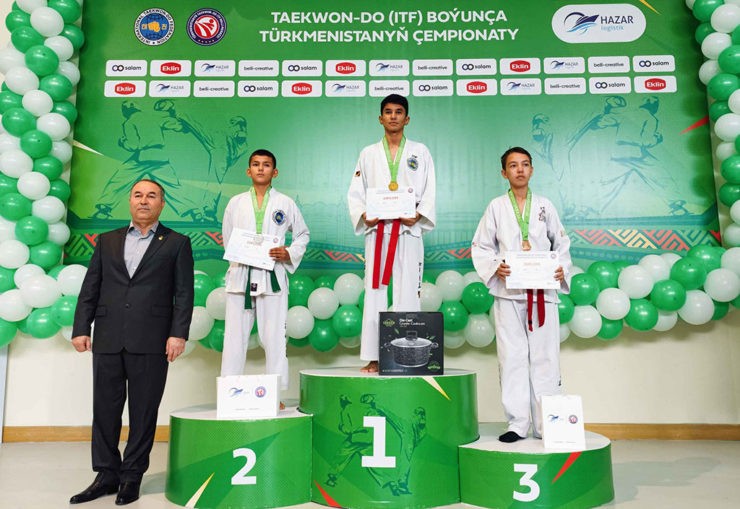 Last weekend Turkmenistan hosted the Taekwondo championship. The strongest athletes from all over the country came to Ashgabat. Merited coach of Turkmenistan Aidogdy Atabaev said that there are promising wrestlers in all weight categories and age groups who should be trained to compete in the world arena.

It became known that the national team of Turkmenistan received an invitation to participate in the CIS Open Cup - World Taekwondo Cup. The tournament will be held December 8-12 in Minsk.

Honored coach of Turkmenistan Aidogdy Atabayev has a whole list of sports achievements, titles and regalia. His opinion is listened to and trusted in the sports circles of the country. In global taekwondo circles Aidogdy Atabayev is known as the holder of the 8th dan black belt and the honorary title of "The Best Taekwondo Coach in the World (ITF)". The Turkmen coach is a member of the executive committee of the Asian Taekwondo Federation and an international referee for the sport.