The volume of freight traffic between the ports of Turkmenbashi and Baku amounted to 23.5 thousand trucks 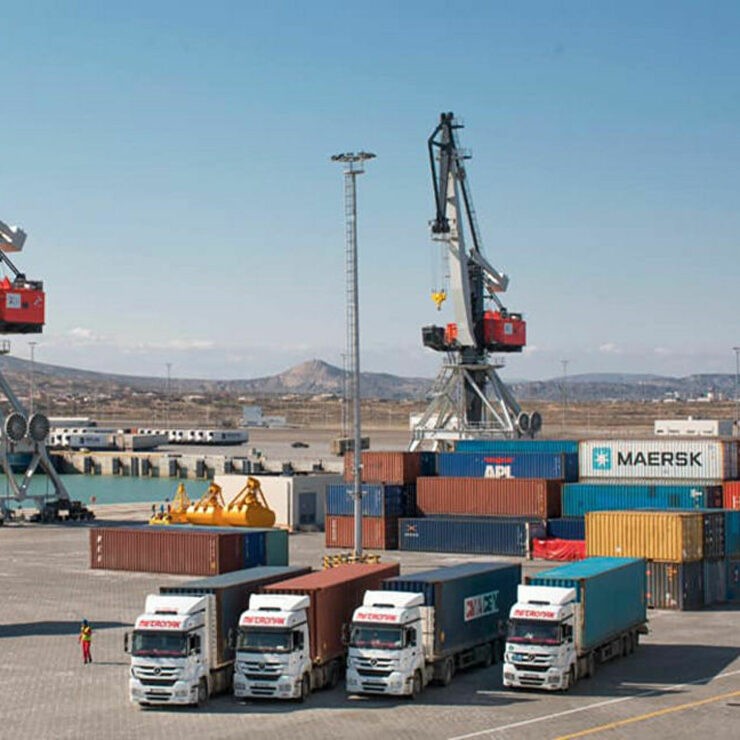 Azerbaijan presented a report on the volume of freight traffic between the ports of Turkmenbashi and Baku on the results of 2021. It is noted that the Azerbaijani port last year was transferred 23,476 trucks from Baku to Turkmenbashi and back.

The report presented by Baku International Commercial Sea Port CJSC shows that this year the company has increased its total cargo turnover by 14.6% compared to the same period of the previous year. Volumes of dry cargo transportation increased by 66% and containerized cargo - by 11.6%. As for the 2021 targets, they were met by 1,04%. Transit cargo accounted for 5.1 million (92.7%) of the total cargo volume of 5.6 million tons.

The increase in these indicators demonstrates the expansion of Azerbaijan's transit capacity in the Caspian region, and is also an indicator of the gradual integration of corridors running through Azerbaijani territory into the global logistics network.

It should be noted that this year, two ships, the Shair Sabir (ADY Container LLC) and the Mahmoud Rahimov (TULM OJSC), have already started cruising between Turkmenbashi seaport and Baku seaport in Azerbaijan. Their task is to transport containers between the two ports. Previously there was only one feeder vessel between these ports.