Turkmenistan will have a new Dokmaçylar cultural center 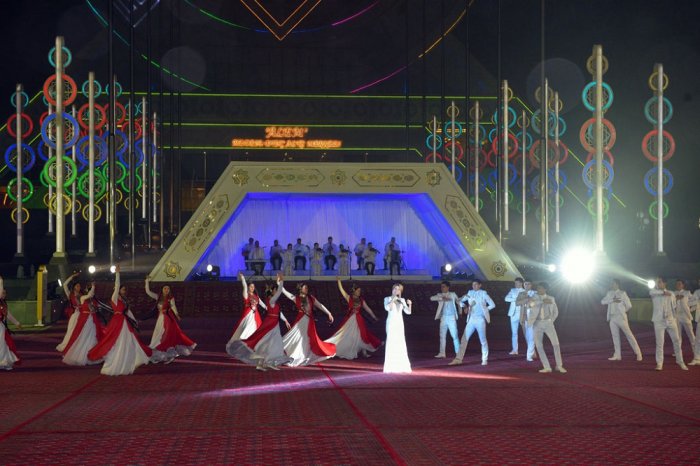 A new cultural center Dokmaçylar of the Textile Industry Department will appear in Turkmenistan. During a regular government meeting, Turkmen leader Gurbanguly Berdymukhamedov was presented with a draft decree on the construction of this cultural facility.

According to this document, the Ministry will sign an agreement with the state enterprise Dokmahyzmat to design and build a cultural center Dokmaçylar along Seidi Street. The project is expected to be launched in February this year, and its commissioning, and in full readiness, is scheduled for February 2024.

The President familiarized himself with the report and noted that today the Turkmen textile industry is actively expanding - products made in Turkmenistan are in high demand not only in the domestic market, but also abroad. All this became possible owing to the use of advanced technologies and the best experience in this sphere.

The Turkmen leader emphasized that designers and textile producers in Turkmenistan have achieved excellent results in their work. Particularly it concerns the research of domestic market demands, including those depending on the season - this, in its turn, makes a significant contribution to the growth of cultural level of the country's population. The head of state agreed to the erection of the center, which he signed the corresponding decree. Since the meeting was held via videoconferencing, this document was sent to the Deputy Prime Minister in charge of this sector via a digital system of document circulation.