The head of Turkmenistan visited the construction site of Ashgabat-City 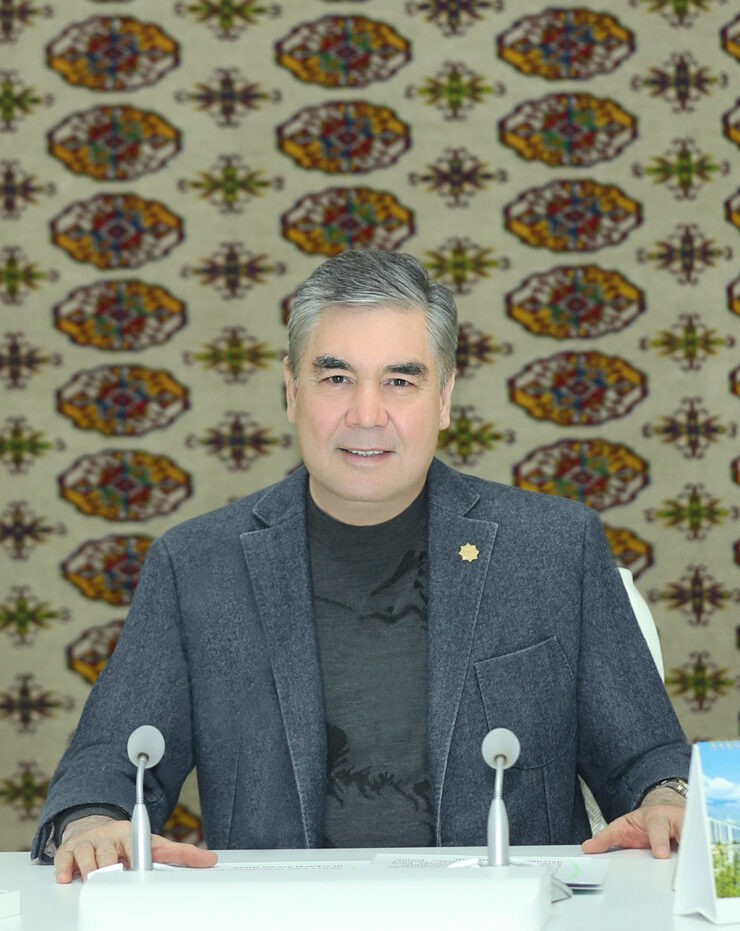 The Turkmen leader visited the Ashgabat-City construction site where he held a thematic working meeting. The idea to erect a large-scale residential complex designed for 107 thousand people belongs to the head of state. Under "a city in a city" which will contain more than 200 constructions 744 hectares are allocated. The foundation stone of the residential complex was laid by the leader of the nation in May 2021 on the day of celebrating the 140th anniversary of Ashgabat.

Visiting the Ashgabat-City construction site on January 19, 2021 the Turkmen leader paid attention to the state of the soil and natural peculiarities of the area. In particular, the President noted that one of the key requirements of today is a careful attitude to the environment, which should be taken into account both in the design of facilities and during their construction.

The Turkmen leader was shown the master plan for the development of this residential complex, diagrams of the streets, and designs and sketches of the locations of facilities for various purposes, 12 to 35-story high-rise buildings. The President also familiarized himself with the projects of remote use of the "smart" apartment - the automatic control, regulation of gas and water supply and other features of the "smart" metropolis.

The head of the Directorate of Constructing Objects Ashgabat-City of the Ministry of Construction and Architecture, Sh. Durdylyev, said that an international tender was announced for the implementation of the "city in the city" project.

Turkmenistanis who would like to express their views on the realization of this project have been given the opportunity to do so. Ashgabat City special portal.