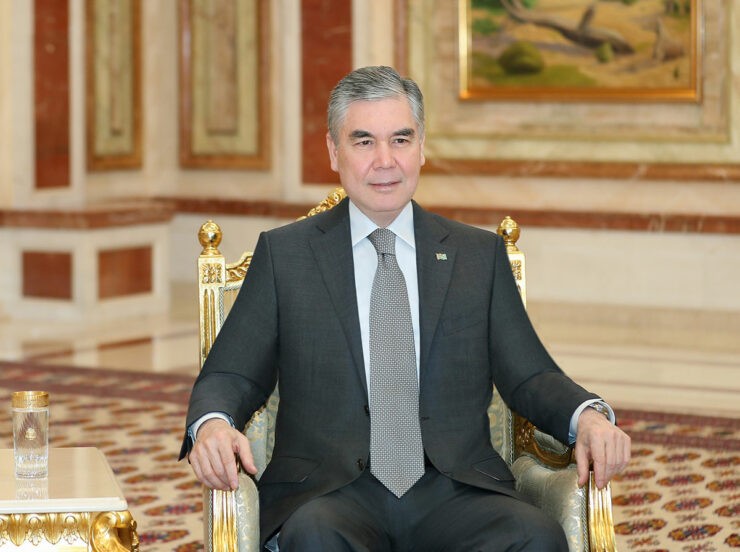 On the eve of his of his trip to the Beijing Olympics, the President of Turkmenistan Gurbanguly Berdymukhamedov spoke to leading Chinese mass media with a multi-million audience. The president was interviewed by CCTV, CGTN in Russian, Renmin Jibao newspaper, and Xinhua news agency in a question-and-answer format. Yu Xiaoshuang, press attaché of the Chinese Embassy in Turkmenistan, also attended the meeting.

Beginning the interview, the Turkmen leader thanked the journalists for initiating the meeting. Speaking about his decision to participate in the Beijing Winter Olympics, the President noted the great importance of the event for the global community. The head of Turkmenistan reminded that the Olympics have always been a symbol of international peace and friendship. In ancient times, wars and hostilities were stopped for the period of its staging. Even today, it brings together people of different nationalities and political views, contributes to building relations of understanding and trust between nations and countries. President Berdymukhamedov also emphasized that these Olympic principles are very close to the state both in domestic and foreign policy, so he happily responded to the invitation of the Chinese leader.

Speaking about his expectations from the Beijing Olympics, the President of Turkmenistan expressed confidence that the event will be held at a high level, in an atmosphere of fair competition, mutual respect and high spectator interest.

The Turkmen leader admired China's preparations for the Olympics. He said that the country has done a tremendous amount of work on the construction of necessary infrastructure facilities, introduction of highly intelligent and innovative solutions. China has once again demonstrated that it can successfully cope with even the most ambitious tasks.