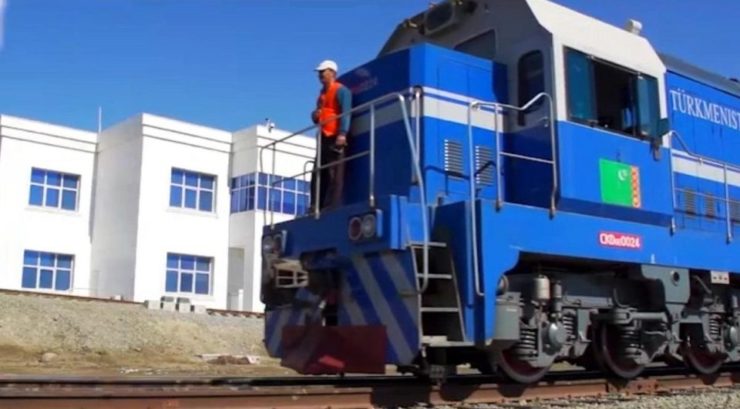 Russian Railways" (RZhD) will assist in training specialists, digitalization of production processes and work in the field of logistics for development of transport corridors. This was discussed today during a bilateral meeting between representatives of Russian Railways and Turkmendemiryollary ("Turkmen Railways", part of the Transport and Communications Agency under the Cabinet of Ministers of Turkmenistan) held as part of the Turkmen-Russian business forum in Ashgabat.
Also discussed at the meeting was the development of transport and logistics services, including the organization of a regular container service on the eastern route "North-South" and the route train, which provides minimal delivery time of agricultural products, raw materials and industrial goods between Turkmenistan and Russia.
Last December, the railway departments of Turkmenistan and Russia signed a cooperation program for 2023-2025, which envisages large-scale cooperation between the parties. Under this program, working groups will be created, construction, modernization and reconstruction of infrastructure will be envisaged.
Cooperation between the countries in the sphere of railway transportation has been increasing in recent years. For example, in 2022 the volume of freight traffic from Russia through Turkmenistan along the international transport corridor "North-South" has doubled compared to 2021.
From the stations of the Northern Railway on the eastern branch, which passes through the territory of Turkmenistan and Kazakhstan, shipped 130 thousand tons of cargo. The volume of freight traffic across the Caspian Sea, which is the middle branch of the transport corridor, increased 14 times - it amounted to 26.6 thousand tons.