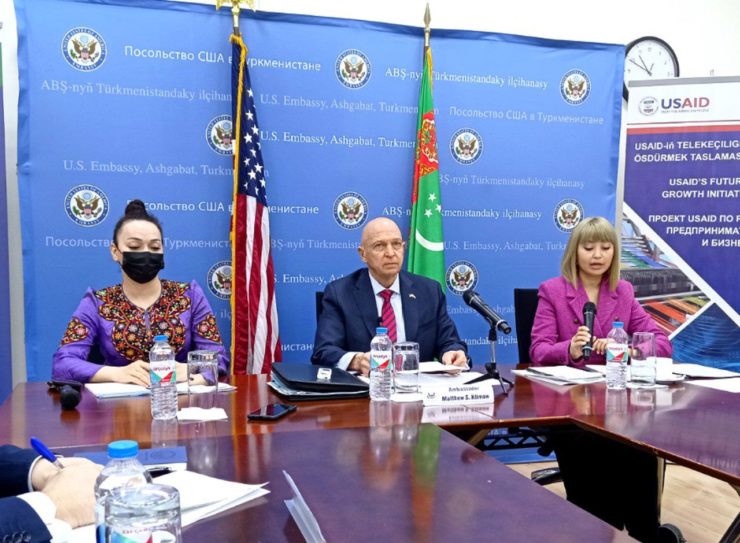 U.S. Ambassador to Turkmenistan Matthew Clemow gave a press conference today at the U.S. Embassy in Ashgabat to mark 30 years of diplomatic cooperation between the two countries.

The head of the diplomatic mission noted that the country highly appreciates its diplomatic relations with Turkmenistan, established in 1992, and looks forward to continuing a constructive partnership during the next similarly long period.

He stressed that during three decades of diplomatic ties, the countries have succeeded in building a strong relationship based on mutual trust.

He expressed the hope that the new president of Turkmenistan and his thirty-year plan will allow us to confidently pursue a course of comprehensive development, digitalization, and expansion of the potential of international trade.