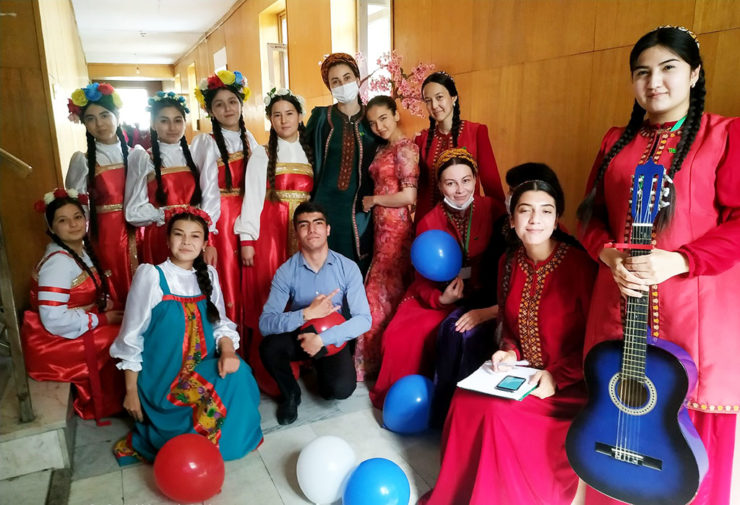 The D. Azadi Institute of World Languages initiated a fun KVN competition, which was held in Russian and English. Participants in this event were students of 17 institutions of higher education. Two Russian-speaking students were represented from each university.

The purpose of the revival of the performance of the Club of the Merry and Resourceful was to bring students together, share experiences with colleagues from other universities to organize similar events, and preserve the Russian language as a means of international communication.

Students from different educational institutions were combined into five teams, which had to present the traditional KVN "greeting", to compete in "warm-up", go through a captain's contest, a quiz tour with a knowledge of proverbs and song stage.

The organizers of the funny and resourceful contest hope that such events will become a good tradition at Turkmenistan's universities.