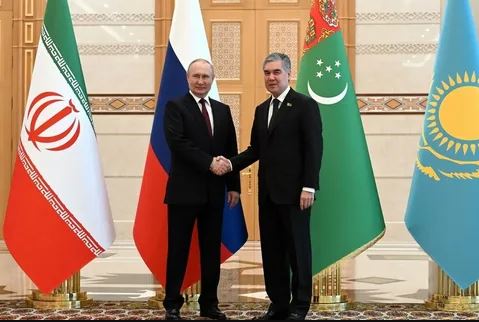 Chairman of the Khalk Maslakhaty Milli Gengesh of Turkmenistan Gurbanguly Berdymukhamedov was awarded the Order of Russia "For Merit to the Fatherland" IV degree. A decree to this effect by Russian President Vladimir Putin was published on the Russian portal of legal information, TASS reported.

According to the decree, the award was given "for the great contribution to strengthening of strategic partnership between the Russian Federation and Turkmenistan.

In 2017, Gurbanguly Berdymukhamedov became a Knight of the Russian Order of Alexander Nevsky.