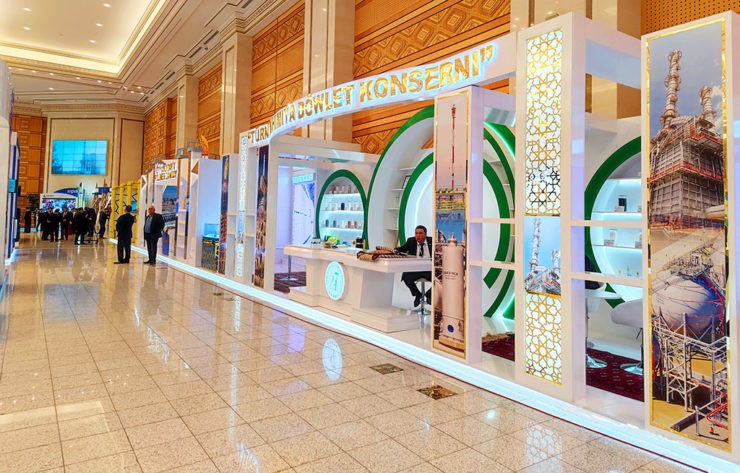 N. Niyazlyev, chairman of the Turkmenhimiya state company, in his speech at the Ashgabat oil and gas conference noted that the country is oriented to use its own raw materials, taking the leading position in the world in natural gas and hydro-mineral raw material reserves. Niyazlyev mentioned inter-crystalline and surface brines of the Garabogazgol Bay, as well as underground iodine-bromine waters.

In the last few years, the chemical industry has been actively developing, a good example of which is the commissioning of a polymer plant in Kiyanly and a natural gasoline plant in Ovadandepe.

The Ovadandepe plant is unique in its own way because it is the only one in the world that commercially processes natural gas into Euro-5 gasoline.

In the near future there is cooperation with Japanese companies to implement the 2nd stage of projects in the gas-chemical complex. We are talking about the ammonia and urea plant in Garabogaz. This is a new enterprise, which gives the country 1.155 million tons of urea annually.