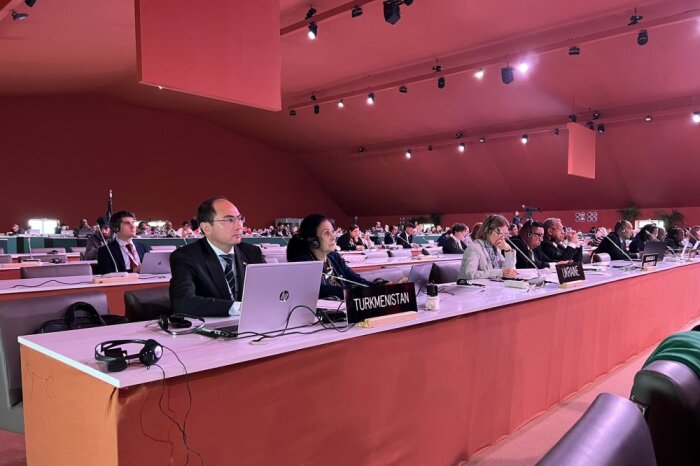 A delegation of Turkmenistan took part in the 17th meeting of the UNESCO Intergovernmental Committee on the Cultural and Intangible Heritage of Humanity. The session is attended by representatives from 180 countries of the world and various public organizations whose activities are related to culture and the preservation of cultural values.

According to Centralasia.news with reference to the press service of the Ministry of Foreign Affairs of Turkmenistan, the delegates welcomed the proposal to include the art of Turkmen embroidery in the Representative List of Intangible Cultural Heritage.

The proposal to add this art to the UNESCO list was made jointly by Turkmenistan and Iran last year. At the 17th session of the Committee, which began on November 27, 46 applications were put forward, including the original ancient Turkmen art.

The last day of the session of the Intergovernmental Committee of UNESCO is December 3.