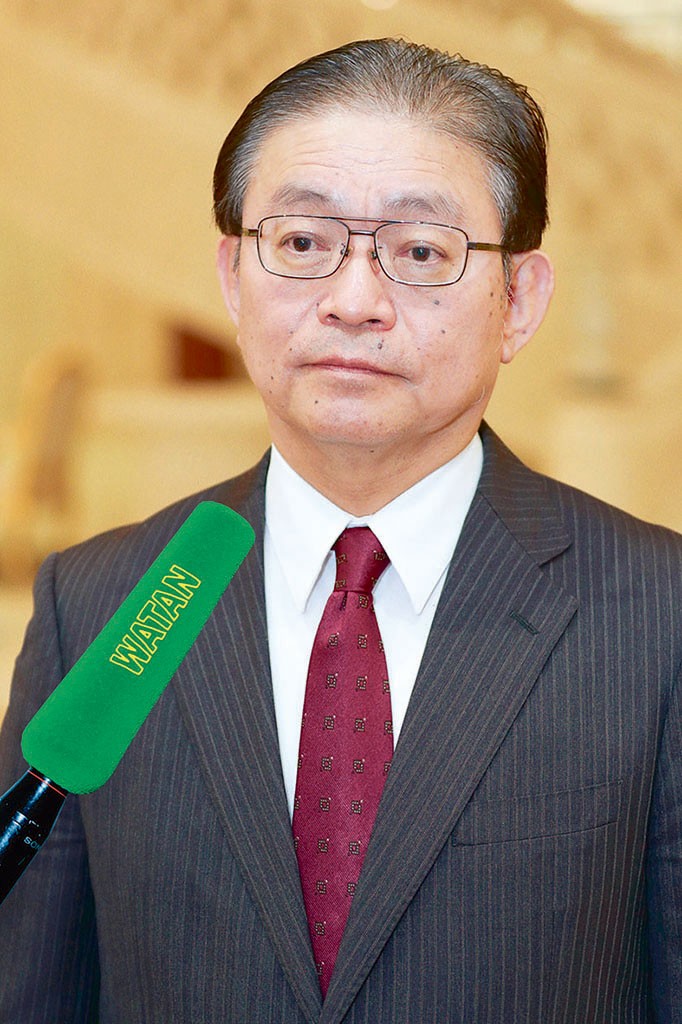 Japanese Ambassador Yamamoto Hiroyuki in his New Year's address summarized the results of cooperation between Turkmenistan and Japan in 2021. Among the most important achievements of the Turkmen-Japanese partnership, the Ambassador Extraordinary and Plenipotentiary of Japan to Ashgabat named the launch of a gas turbine power plant in September. It is located on the territory of Chardjev stage of Lebap velayat of the country.

The diplomat notes that the head of the Japanese Ministry of Economy, Trade and Industry, Edzima Kiyoshi, who was on a visit to Turkmenistan at that time, also took part in the commissioning ceremony of this facility.

In his address, the ambassador emphasizes that this power plant, processing Turkmen "blue fuel" in accordance with Japanese technology, not only meets Turkmenistan's domestic needs for electricity, but also allows it to supply neighboring countries - Uzbekistan and Afghanistan.

In addition to summing up the results of the past year, the Japanese diplomat shared his plans for 2022. First of all, Mr. Hiroyuki noted that the past year had not been easy. Mainly the global pandemic was to blame. However, even under such circumstances, Turkmenistan and Japan managed to steadily develop interstate relations.

In addition to the launch of the gas turbine power plant, according to the diplomat, an important outcome of the Turkmen-Japanese partnership in the economic sphere was the visit to Japan by Deputy Prime Minister Serdar Berdymukhamedov. The visit resulted in agreements to supply KOMATSU construction machinery and TOYOTA buses and cabs to Turkmenistan.

In 2022, Turkmenistan and Japan will mark three decades of diplomatic relations. According to the diplomat, a whole list of cultural events is planned in honor of this anniversary. The ambassador expressed hope that all Turkmenistanis will enjoy the Japanese culture and art.

Yamamoto Hiroyuki himself promised to continue working to develop friendly cooperation between Japan and Turkmenistan, expressing hope for assistance and support from the Turkmen side.