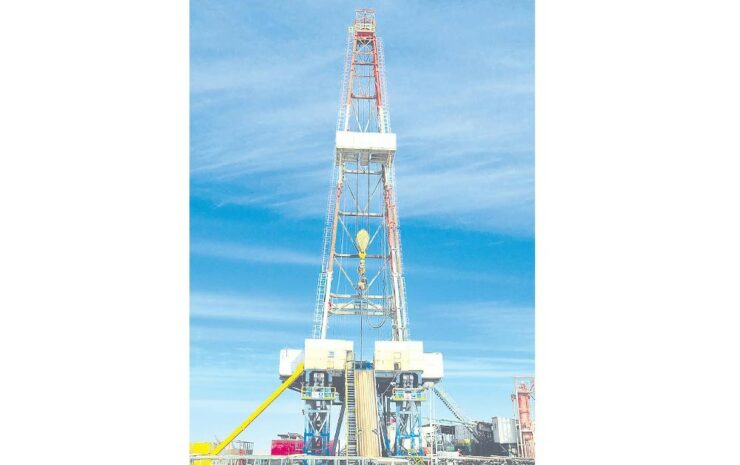 Korpedje gas workers are actively increasing gas production in Turkmenistan. In January-November 2021, they extracted 2.531 billion cubic meters of natural gas from the existing wells. Thus, specialists of the Korpedje gas production department of the Nebitgazchykarysh trust of Turkmennebit State Concern have achieved 1651st fulfillment of targets.

It is thanks to the efforts of Kopergin gas producers that 2/3 of the total volume of natural gas produced by the State Concern in the first 11 months of 2021 is secured. This department started its operations in 1998 - and since then it has been demonstrating high production figures every year. It produces, prepares and sends consumers "blue fuel" from functioning wells in such fields as Korpeje, Altyguyı, and Chekichli.

The company currently employs more than 750 people. Both appropriate equipment and computer systems are used. All of them are modern and high-tech, thanks to which the department manages to steadily demonstrate high production results and fully meet the needs of the population and industrial facilities in the region for natural gas.

The breakdown service, located at the Chekichler field, works just as efficiently. There is also a unit for low-temperature separation of "blue fuel", which produces about 5 million cubic meters of gas per day.

At the Keymir, Akpatlavuk and Chekishler fields, the equipment is effectively used to collect, prepare and send the "blue fuel" to consumers. The automation and power system also functions here. There are over 40 production wells in Korpedje, 26 in Chekishler and 5 in Altyguyı. During 2021 11 wells received timely overhaul, helped to increase gas production.

After treatment and comprehensive preparation, gas produced from functioning wells is transported to NGDUs Gamyshlydzhanebit and Keymir of Turkmennebit State Concern, as well as to enterprises Gunbatagazakdyrish (Balkanabat) of Turkmengaz State Concern.

Korpedje gas workers have also planned to carry out works aimed at increasing gas production before the end of this year. It is planned that according to their results this indicator will double, reaching 1.7 billion cubic meters.