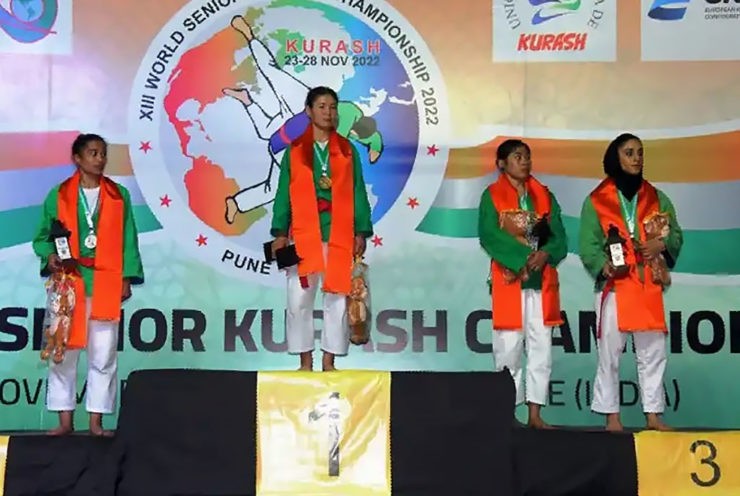 Summed up the results of the 13th World Cup Kurash, which took place in Pune, India, from 23 to 28 November.

On the last day of the competition in a tense struggle the national team of Turkmenistan won two more medals. The silver medal was won by Khaidarova A. on November 28. The girl performed in the weight category of 48 kg, yielding only to the athlete from Uzbekistan. The bronze medal went to A. Amanova who climbed onto the third step of the podium in the 52 kg.

Earlier, A. Kurbanova, a second-year student of the State University of Physical Education and Sport of Turkmenistan, won a bronze medal in the 78 kg class.

A total of three hundred athletes from 60 countries competed at the 13th World Kurash Championship in India.