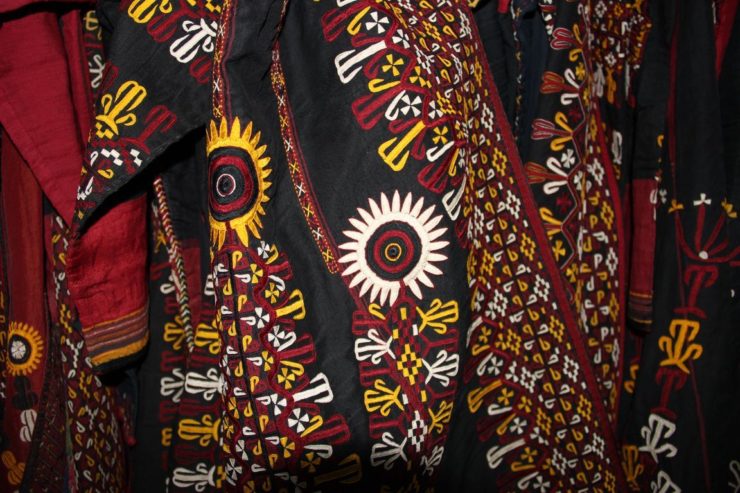 UNESCO has included Turkmen embroidery art into the list of objects of intangible cultural heritage. This decision was taken at the 17th session of the UNESCO Intergovernmental Committee for the Safeguarding of the Intangible Cultural Heritage, held in Rabat, the capital of Morocco, the press service of the Ministry of Foreign Affairs of Turkmenistan said today.

"On December 1, 2022, based on a broad consensus, the above committee unanimously decided to include the nomination "Art of Turkmen Embroidery" in the Representative List of the Intangible Cultural Heritage of Humanity. This nomination was initiated by Turkmenistan in March 2021, as an important part of the country's intangible cultural heritage. The Islamic Republic of Iran co-sponsored the nomination," it said.

Turkmen embroidery is a decorative and applied art used in the national clothing of people of all genders and ages in Turkmenistan and Iran. In both countries, Turkmen needlework begins with the preparation of fine silk threads, which are woven into three layers and twisted into a single thread, then straightened with a large needle. This unique technique gives the thread a luster. For the most common style of needlework, a row of loops is created by piercing the fabric with a fine needle and holding the previous loop with the thumb of the other hand.

There are other styles of needlework that vary from region to region. In rural areas, the patterns used reveal the territorial affiliation of the needlewomen. They are also used to signify love, friendship, nature and strength. Embroidery is used in wedding clothes, in clothes for funerals and cultural events, and as decorative elements of ordinary clothing such as scarves, coats, pants, shawls and accessories.