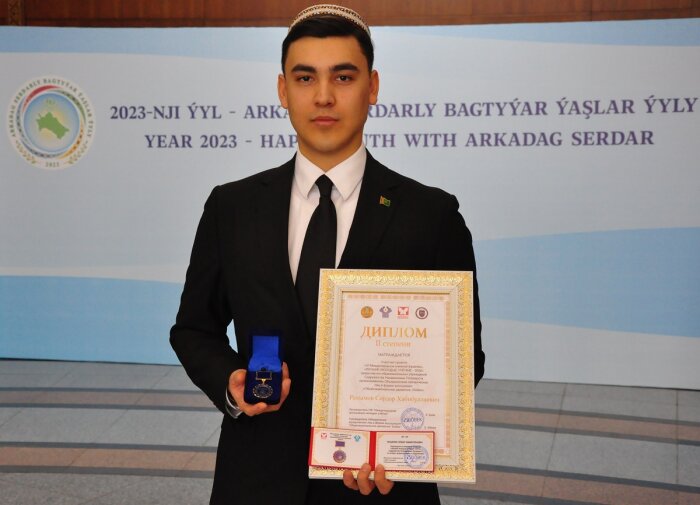 Serdar Rakhimov, a student of the Institute of International Relations of the Ministry of Foreign Affairs of Turkmenistan, received an honorary award in the form of a diploma of II degree in the scientific and educational competition among students of CIS universities "Best Young Scientists-2022. This was reported by the Turkmenistan online newspaper.

The event was organized by the International Association of Young Scientists of the Commonwealth of Independent States.

The participants of the competition presented to the jury their topical research projects and developments in various scientific disciplines, including international relations. The work of Serdar Rakhimov was devoted to preventive diplomacy and its role in preserving regional security. The young specialist reviewed the positive experience of Turkmenistan in this area.

The work of the Turkmen student was highly appreciated by the jury, allowing Serdar Rakhimov to become a laureate of the contest and receive a diploma of II degree and a medal.