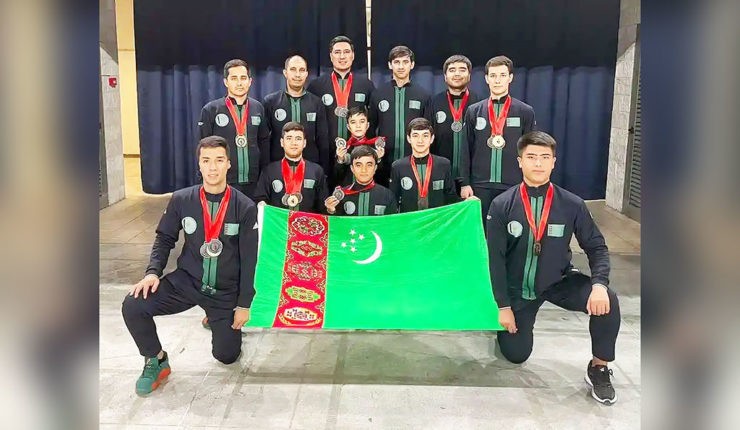 The Open European Fudokan Karate Championship, a style of traditional karate that emerged in 1980, ended in Rimini. The team from Turkmenistan brought home 14 awards.

И. Annagurbanov became the winner in the individual competition among teenagers 11-13 years old and won the second place in the weight category up to 45 kg. N. Annagurbanov came second on the podium and took the second place among the 16-17 year olds in the "kata" section. D. Meredov won two bronze medals - in the individual 65 kg category among 18-20 year old karate fighters and among fighters of all ages.