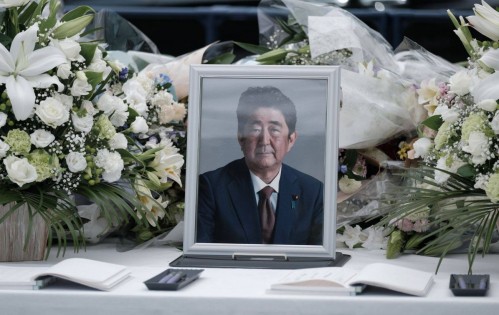 Gurbanguly Berdymukhamedov, Chairman of the Khalk Maslakhaty Milli Gengesh of Turkmenistan, intends to go to the state funeral of former Japanese Prime Minister Shinzo Abe, which will be held in Tokyo on September 27.

This is reported in a letter from Japan's acting Prime Minister Fumio Kishida to President Serdar Berdymukhamedov, published in today's issue of the newspaper Neutral Turkmenistan.

"I am grateful that the Chairman of the Khalk Maslakhaty Milli Gengesh of Turkmenistan, Gurbanguly Berdymukhamedov, has expressed his desire to attend the state funeral of former Japanese Prime Minister Shinzo Abe, scheduled for September 27," the letter reads.

The attack on Shinzo Abe took place on July 8, when he was giving a speech in Nara City as part of the campaign for the upper house election. The politician was hospitalized, but died a few hours later in the hospital from blood loss.

On July 12 in Tokyo, the main ritual of the burial took place in accordance with all the rules.