This year, on the occasion of the 30th anniversary of state independence, 30 large-scale construction projects are to be put into operation in Turkmenistan. They will be both industrial and social purpose. The opening of 5 of them took place in the first month of 2021. Thus, the power transmission line from Kerki to the borders with Afghanistan, the Imamnazar-Akina and Serhetabat-Turgundi FOCL, the railway Akin-Andhoi and gNitrogen compressor station of Malay field (Lebap velayat).

The next commissioning ceremony is scheduled for April. At that time the following objects will be put into operation: "Arkadag" hotel, "Senagat" and "Turkmenbashi" banks' premises, the congress center and others. All of them are situated in the south of the Turkmen capital and were repeatedly visited by the President of Turkmenistan who took personal control of the construction.

The Karakum hotel will start operating in the north of Ashgabat in May. Together with this hotel a business center and a new park with equipped underground passages will also open.

The solemn opening of the monument to Makhtumkuli Fraghi in the capital of Turkmenistan and the commissioning of large concert venues in Turkmenabat and Dashoguz are scheduled for June. Each of them can seat 3,000 spectators. Architecturally the facilities are close to traditional Turkmen yurts. June will also be the month when the first passengers Kerky airport. Other facilities are also scheduled to open this month.

Another arena, similar to the previous ones, will be opened in July in Balkanabat. At the same time, a section of the Ashgabat-Turkmenebat highway - from Ashgabat to Tejen.

Two large textile complexes in the Ahal region (Babadaihan and Kaahki etraps) and in Lebap's Chardjev etrap are planned to be put into operation this summer. the gas turbine power plant will start operatingwhich will have a design capacity of 432 megawatts.

The list of jubilee objects includes another cottage complex on the territory of the Avaza resort, residential areas with apartment buildings in the territory of Ashgabat and Dashoguz. By the end of 2021, the administrative center in the Akhal province and four medical institutions in Dashoguz and Turkmenbashi, both specialized and multidisciplinary, are expected to be commissioned. 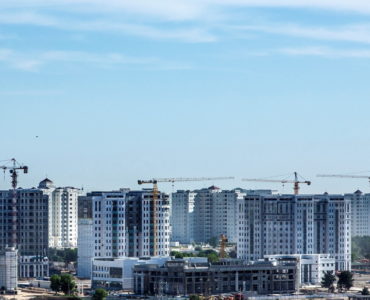 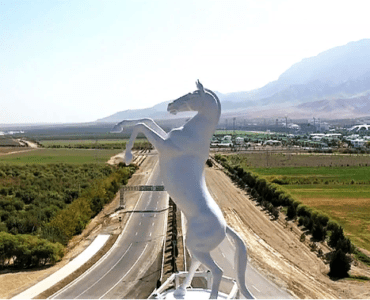 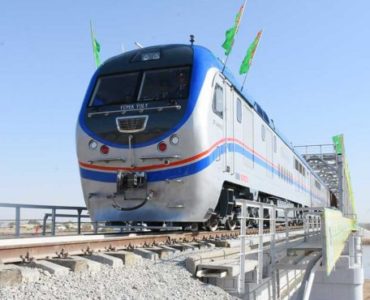 A railway bridge over the Karakum River was opened in Mary