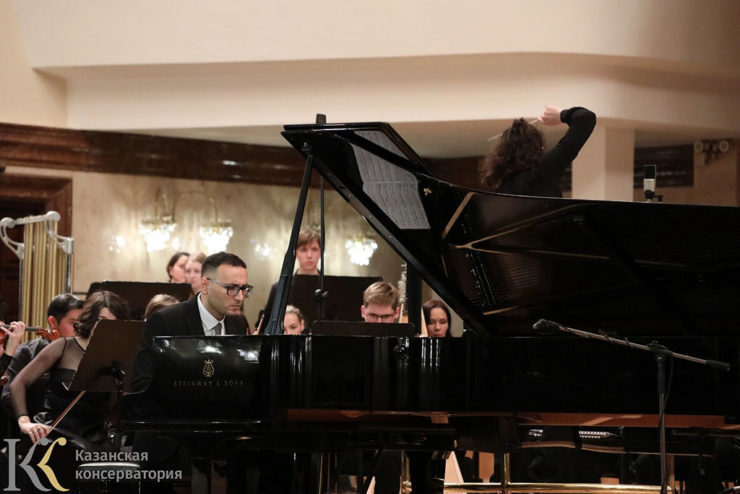 The young musician from Turkmenistan, Merdan Byashimov, is well known not only in the country's musical circles, but has also won recognition at international competitions.

Byashimov met with professors and students of the Turkmen National Conservatory in Ashgabat as part of the institution's artistic project.

Byashimov, a graduate of the Kazan Conservatory, shared with the audience his creative successes and plans for the future. The peculiarity of the works he performs is an appeal to ancient traditions of national music. However, the young musician is also interested in folk music of different ethnic groups. He is sure that the national music of peoples in their modern interpretation is more understandable to people, which is why they perceive it so emotionally.

Merdan confessed that for him, too, the subconscious attraction of people to rhythmic and melodic combinations of folk music remains a mystery and a kind of "code," which will be preserved and perfected for centuries. He takes pleasure in perfecting his technique of performing folk music, and that is what enabled him to become the winner of the competition held in Moscow.