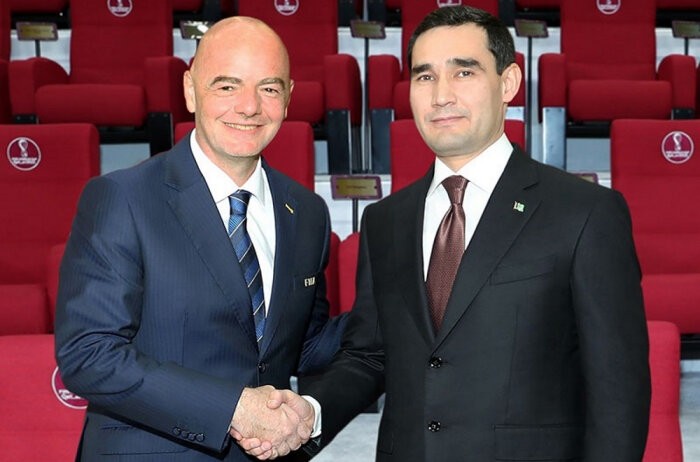 During his visit to Qatar, Serdar Berdymukhamedov spoke with FIFA leader Gianni Infantino. The meeting took place at the Khalifa Stadium in Doha, which is this year's official venue for the World Cup. This was reported by Centralasia.news with reference to the official state agency Turkmenistan Today.

The FIFA head noted that the visit of the President of Turkmenistan to Qatar was an important event in strengthening ties between the countries in the field of sports. The meeting participants stressed that Turkmenistan has seen a marked increase in activity in the development of sports and the Olympic movement in recent years.

It was also noted the importance that the work of the FIFA Federation in the development of soccer around the world community.