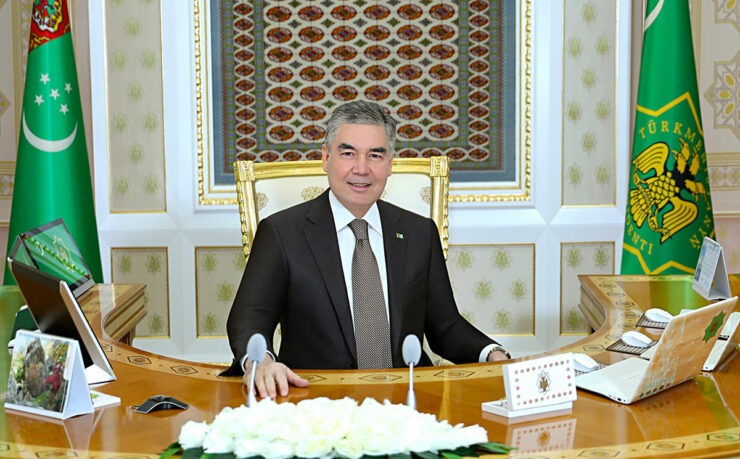 The President of Turkmenistan approved interstate agreements during a regular meeting of the Cabinet of Ministers. These include agreements concluded with the leaders of Uzbekistan, Turkey, and Kazakhstan in trade, health and education, and civil defense issues.

Approval by the Turkmen leader of a number of agreements between Turkmenistan and Uzbekistan, signed in Tashkent in October 2021, took place on the eve of an official visit to Tashkent by a Turkmen delegation led by Deputy Prime Minister Berdymukhamedov. The purpose of this visit was to consider issues related to the fundamental vectors of the Turkmen-Uzbek relations in the trade-economic and political-diplomatic spheres. Approved documents were related to increasing the volume of goods turnover and enhancing mutually beneficial partnership relations between economic entities, as well as formation of a border trade zone between Turkmenistan and Uzbekistan - the Trade Center, and regulation of its functioning.

The Turkmen-Kazakh agreement on cooperation in civil defense, prevention and elimination of emergencies was also ratified.

By order of President Gurbanguly Berdymukhamedov, the Ministry of Agriculture and Natural Environment Protection received permission to sign a memorandum on cooperation between its subordinate agencies and the Kazakh Committee of Forestry and Wildlife of the Ministry of Ecology, Geology and Natural Resources, the Uzbek State Committee on Ecology and Natural Environment Protection regarding activities in relation to the Turan Deserts of the Temperate Belt, transnational sites that may be included in the UNESCO World Heritage List.