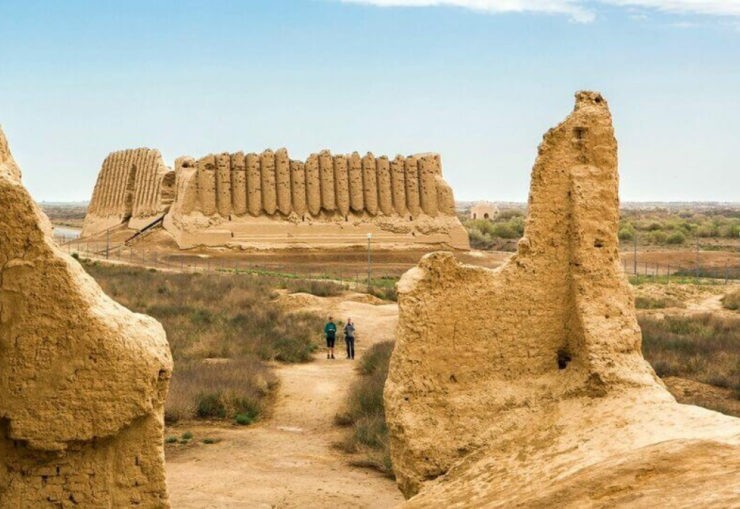 "At present we are continuing a dialogue with the state authorities on the preservation and possibility of expanding pilgrimage trips to them. Residents of Turkmenistan go with great joy, for example, to one of the most beautiful temples, the Pokrovsky temple in Mary, in ancient Merv, where there was once a Christian ancient diocese. There is no doubt that we will not only continue to develop these pilgrimage trips here within Turkmenistan, but also create and open new routes," he said.

Vladyka Theophylact recalled that ancient Christian dioceses, Christian communities, and confessors existed on the territory of present-day Turkmenistan as early as the fourth century AD. One of them was the martyr John of Merv, revered by the Russian Orthodox Church. In addition, according to legend, Thomas, one of the 12 apostles, preached within the boundaries of ancient Turkestan. "For the Turkmen land, Christian culture is an integral part of history," the archbishop concluded.

There are currently 12 Orthodox communities in Turkmenistan, with 19 priests and deacons serving.