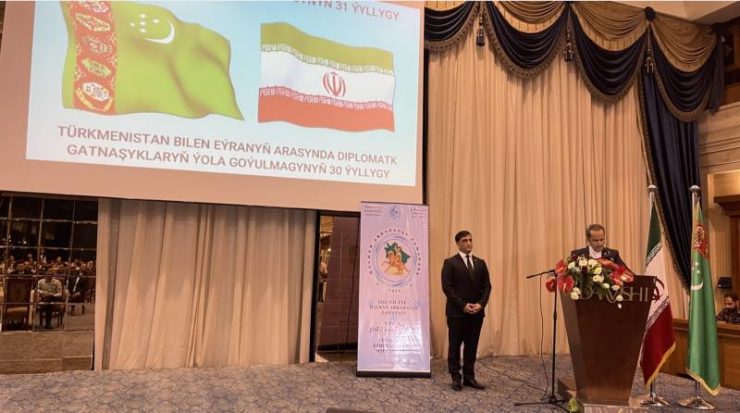 The event was attended by deputy governors of Iran's Khorasan-Rezavi Province, the head of the country's Foreign Ministry in Mashhad, heads of departments of Iran's provinces bordering Turkmenistan, heads and diplomats of diplomatic missions and international organizations accredited in Mashat. In addition, among the participants were Turkmen elders, poet-writers, artists, as well as representatives of local media and some companies cooperating with Turkmenistan.

After the national anthems of Turkmenistan and the Islamic Republic of Iran were played, the Consul General of Turkmenistan to the Islamic Republic of Iran made an opening speech. Then the head of the Iranian Foreign Ministry's mission in Mashhad, Monfarad Behesh, delivered a speech. The speakers praised the pace of development of Turkmen-Iranian relations, especially the importance of the events to be held in 2022. Video clips about Turkmenistan's achievements in the years of independence, the ongoing work and the growing cooperation between the two countries were also shown at the ceremony.