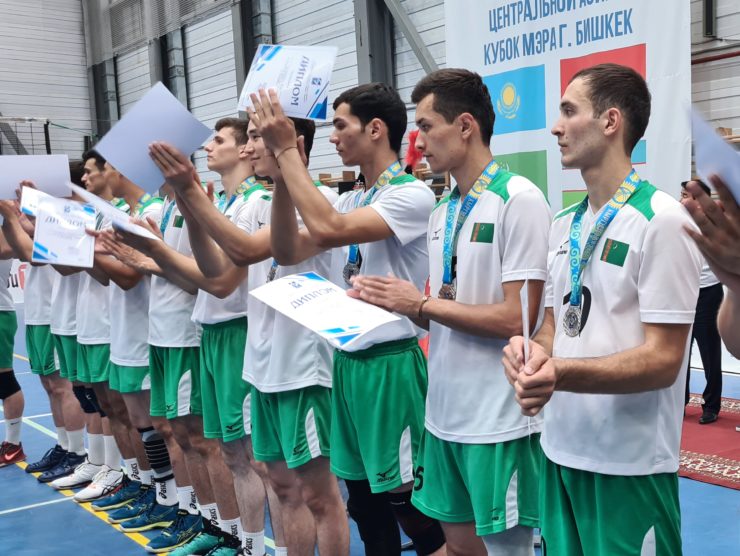 From July 23 to 27, 2022 in the capital of Kyrgyzstan, held the Central Asian Challenge Cup (Bishkek Mayor's Cup) in volleyball among the men's national teams. This is reported by the press service of the Embassy of the Kyrgyz Republic in Ashgabat.

On July 27, the tournament's decisive matches were held. In the final game, the national team of Turkmenistan played against the national team of Kyrgyzstan. The teams played each other in the second round of the preliminary round July 24. The Kyrgyz team won 3-2. In the final game, events continued in the same vein: The Turkmen team took the lead twice and the Kyrgyz team twice. The winner had to be determined in the fifth game. As a result, the national volleyball team of Turkmenistan took second place.