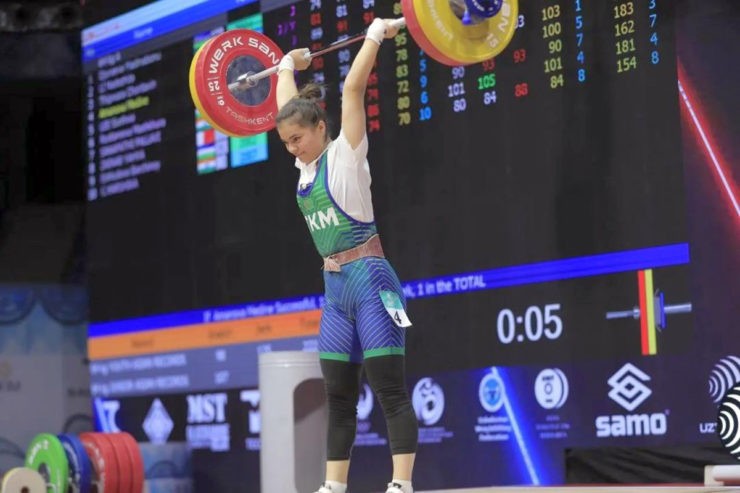 Turkmen athletes won 11 medals at the Asian Championship currently taking place in the capital of Uzbekistan. The championship is held in two age categories: among boys and girls (under 17) and among juniors (under 20). 261 athletes from 21 countries are taking part in the competition.

Medine Amanova, a 10th-grade student of Ashgabat comprehensive school, won five championship awards for Turkmenistan. The girl showed the best results in the snatch, clean and jerk and biathlon in the 64 kg weight category, winning three gold medals among weightlifters under 17 years old and two bronzes among juniors.

Saparly Mukhyev, an 11th-grade student of Ashgabat's School No. 20, won three gold medals in a fair contest. The young man competed in the 89 kg category.

Gulalek Kakamyradova brought two bronze medals to her team, the small bronze medal was awarded to Perhat Bagtyyarov, a student of the "Olimp" sports school in Ashgabat.