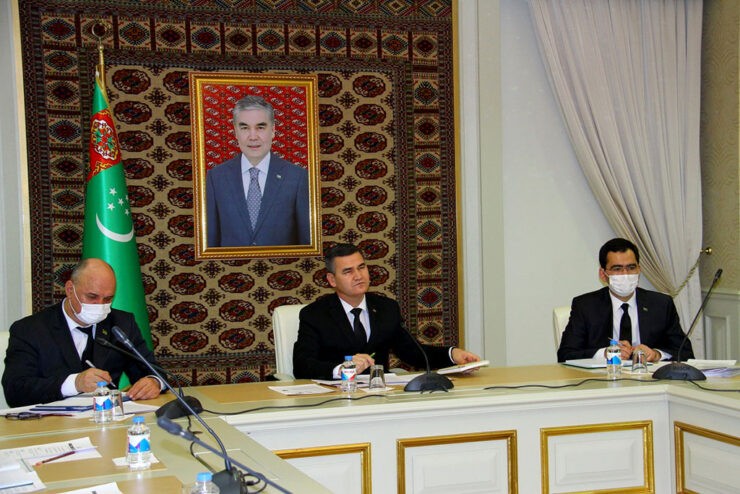 Turkmenistan took part in the meeting of the heads of the Ministries of Transport of the ECO member states. The 11th meeting was held online. Its key topic was the facilitation of transit procedures in the post-pandemic period.

Participating heads of transport ministries made suggestions on mechanisms to improve and facilitate transit traffic. Participants also exchanged views on future ways to build transport stability in the region.

Turkmenistan was represented at this meeting by the Agency for Transport and Communications under the Cabinet of Ministers. The head of the agency, Mammetkhan Chakyev, gave an example of effective promotion of regional relations in the areas of economy, trade and investment. He spoke about the North-South railroad, which has the most favorable route. It was launched in 2014 and connected Turkmenistan, Kazakhstan and Iran.

Separately, the ECO's analytical activities aimed at eliminating physical and other barriers along the rail corridor were noted. The importance of the connection of the wide railway line at Etrek station (Turkmenistan) with Iranian railways, which took place in March last year, was also discussed. This will help speed up wagon pickup and delivery operations and make the corridor much more attractive for freight shippers.

ECO coordinated the development of the Memorandum of Understanding, which aims to improve cooperation between the railway administrations of Turkmenistan, Kazakhstan, and Iran on the implementation of the KTI rail freight corridor. It was signed by the participating parties on November 26, 2021, during the 15th ECO Leaders' Summit, which was held in Ashgabat.

As part of this agreement, a working group was formed consisting of representatives of the Turkmen, Kazakh and Iranian railroad administrations, the activities of which will be aimed at increasing freight traffic along this route. The group has already held its first meeting on December 27 last year.

The KTI rail freight transit corridor should be perceived not only as a profitable economic project, but also as a significant geopolitical factor, since it has all the potential to have a major positive impact not only on the overall situation in the region, but also in the world.

Today Turkmenistan carries out not only domestic construction of railways, but also participates in similar foreign projects. A convincing proof of this is the railway lines connecting Aqina and Andkhoy. The first part of the 10-kilometer road was completed in 2019, and the second part, 35 kilometers long, in 2020. The aim of this project is not only to include Afghanistan in the transport network of the region, but also to further reach the countries of the Asia-Pacific zone.

The Turkmen side also spoke about the work on construction and commissioning of the Ashgabat-Turkmenabat highway, which, joining the Ashgabat-Turkmenbashy road, would provide access to the International Turkmenbashi seaport on the Caspian Sea. From there, freight traffic will flow to the Caucasus, Europe, Iran, the Gulf of Oman and the Persian Gulf.

Turkmenistan made a proposal to consider the use of infrastructure and logistics facilities located in Turkmenistan's territory to strengthen transport and transit communication between the Caspian and Black Sea regions, with access to European, Middle Eastern, Asian and Pacific countries. The state confirmed its readiness to allow the ECO member states to use its port capacities on the Caspian coast.

The prospects for implementing a number of other infrastructure projects in the ECO were also discussed. 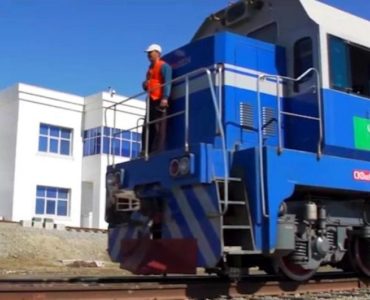